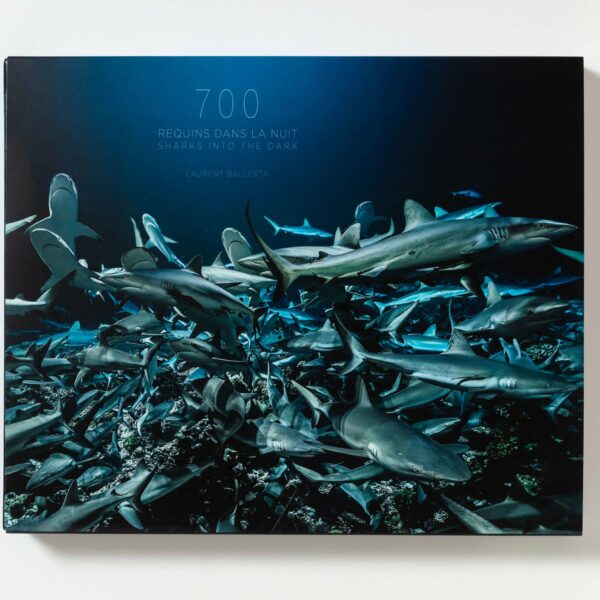 This new book by Eric Antoine is called Useful Lies. t will contain a majority of his photographs from the last 5 years and revolves around 4 main series. The book will consist of approximately 200 pages for 90 images and will be accompanied by an essay on this body of work written by art historian Pierre Wat.
The resemblance to the previous book Ensemble Seul is obvious but not insignificant, this second book is part of a collection of 5 books which will go from the black cover in 2015 to a white cover in 2035.

Eric Antoine continues his work with wet collodion and therefore the images in the books are all based on his ambrotypes, shot in camera with formats varying from 24×30 cm to 40×40 cm. This book is produced with the concern of staying as faithful as possible to the tones of these unique pieces.

Eric Antoine presents introspective photography culminating in many exhibitions, a first book Ensemble seul in 2015 and now this new opus Useful Lies.
or over 10 years, the artist has devoted himself to the collodion process, placing the tangibility of images at the very heart of his quest. In an approach nearing sculpture, Eric Antoine produces glistening, silvery photographs that also stand alone as objects. Without the slightest hint of nostalgia, his process is an emancipating discipline. By ensuring that he is fully in control of his process, the photographer operates an ideal merging between form and spirit, between artistic research and its most intimate history.

Antoine’s work as an artist cannot be dissociated from his life whether in its most mundane aspects or its fundamental quests. He questions the fleeting nature of time, memory, the healing of scars – and hope, ever discreet and unwavering. Symbols and allegories trace the geography of the photographer’s spirit. The feeling of isolation, a central theme in his work, reveals the choice of life at one with nature, far from the clamors of the world his loneliness is as beneproductive as it is fertile. It is a distancing that leaves to see the world and its drift with clairvoyance. Imbued with hints and subtlety, his work represents is a firm stance against a pursuit of sensationalism.

From this reflection arises a quest for an ever greater paring down. The simplicity of his still lifes and purity of his landscapes reflect obsessive minimalism. As the eye is rid of disruptive outpourings, it can finally rest on the beauty of a patch of light, a delicate pile of forgotten papers, a bottle catching light, or a reflection upon skin…

With infinite patience, the artist devotes himself to revealing objective reality without ever straying from aesthetic sublimation. Upon seeing his precise representations of objects, it could be said that Eric Antoine is renewing the German movement of New Objectivity. Paradoxically, though, as he embraces the flaws, drips and vagaries of the collodion process, he inches closer to a more pictorialist approach.

Eric Antoine’s photographic practice is actually corollary: his work synthesizes two theoretically irreconcilable art history movements. In so doing, he questions the position of images in contemporary societies, condemning the torments of the world and savoring hidden beauties in their simplest forms.