With Structure, Isabelle Boccon-Gibod reinvents the family portrait and provokes us, in these times of digitalization and shared images, to reflect on the fundamental cell on which every society is based: the family, subject at the center of heated debates when we legislate on parenthood in the context of new technologies of procreation.

By creating this corpus of fixed black and white images, each composed in a large 5’x7’ frame, the photographer has produced a work of anthropological scope, reaching beyond representation by placing the subject at palpable distance, thereby objectifying it.

“I wish, now, that I had been able to see Isabelle Boccon-Gibod’s “Structure” Structure twenty years ago; for if I had, I may well have found solace, even pleasure, in that ramshackle and anonymous assortment of my family’s photographs, instead of feeling only grief for the information they could never provide.
In this powerful new work—a series of arrestingly formal, seemingly plain black-and-white images of family groups—Boccon-Gibod calls into question any need to label or “identify” the people you are looking at.”
Daniel Mendelsohn, introduction Structure, “Unknown Faces / Redemptive Structures ” 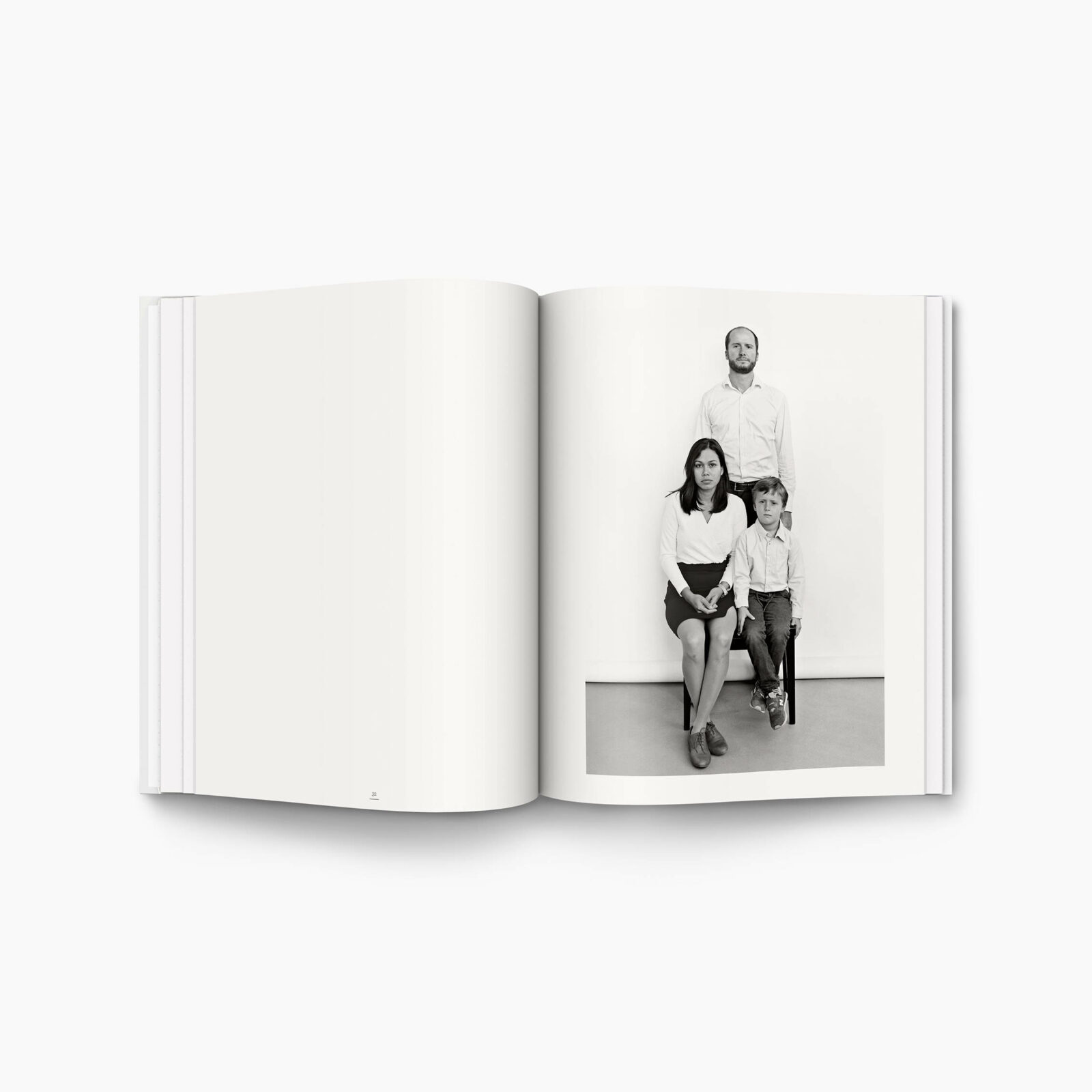 From 1839 when it was invented, photography has served to create portraits of individuals, and soon thereafter portraits of families, later placed in photo albums. Photography, collected and archived, entered the intimate sphere, enabling people to arrange the fragmented images of their lives as they saw fit. Following its forerunners (miniature portraits, silhouettes, physionotraces), the photographic portrait also served the new expectations of the emerging urban bourgeoisie and its need for social representation. Studios opened up in cities everywhere to meet the fast growing demand. In addition, the new medium distinguisted itself with its esthetic superiority. “Even as it emerged, although the technique was still very primitive, photography enjoyed an exceptional quality of artistic fi nish (Gisèle Freund)”.

What can photography show us to day of the visible and invisible aspects of family sociology? “How do the roles we expect them to play betray the emotional realities and complexities of lived life?” wonders Daniel Mendelsohn, in his introduction entitled “Unknown Faces/ Redeeming Structures” 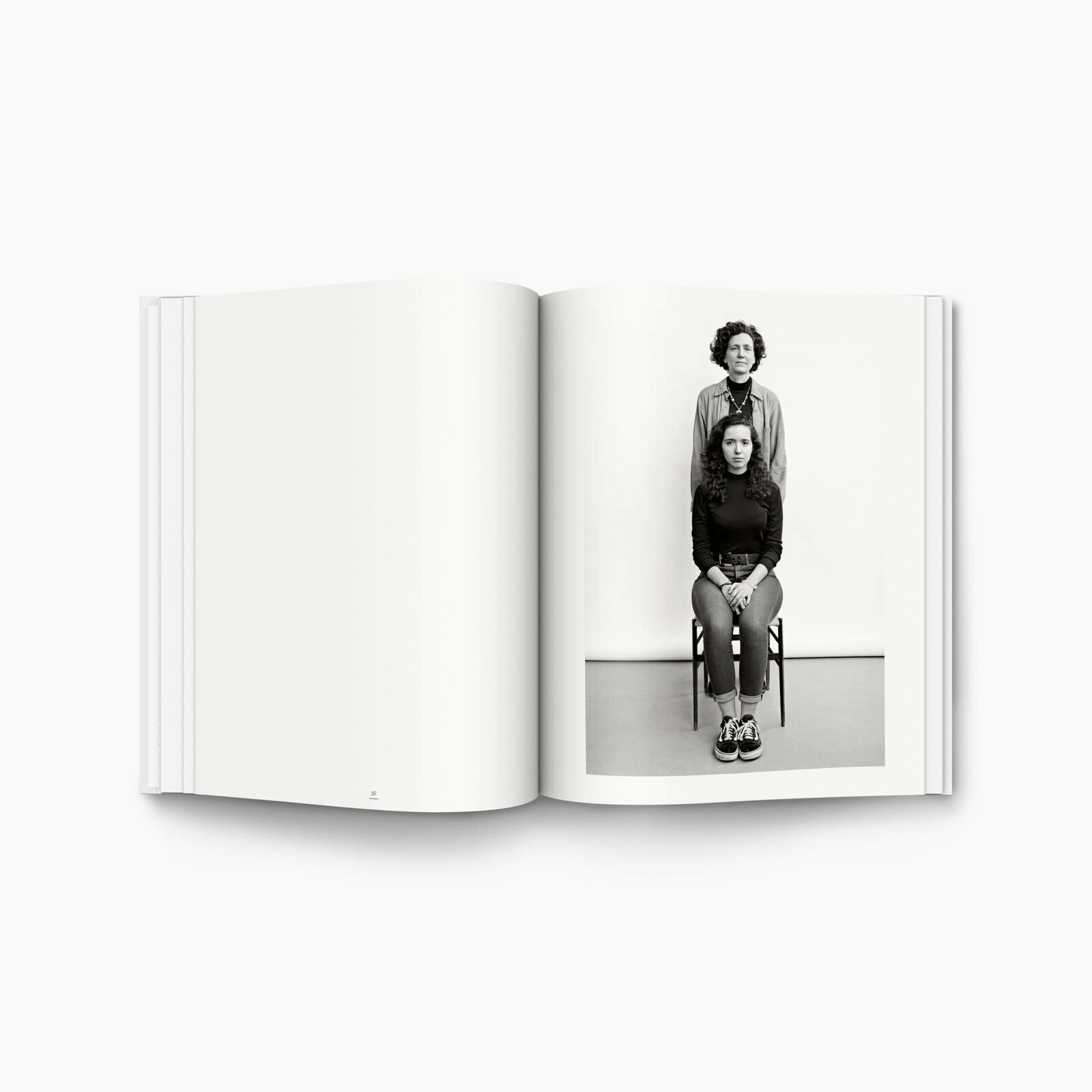 With Structure, Isabelle Boccon-Gibod reinvents the family portrait and provokes us, in these times of digitalization and shared images, to refl ect on the fundamental cell on which every society is based: the family, subject at the center of heated debates when we legislate on parenthood in the context of new technologies of procreation. By creating this corpus of fixed black and white images, each composed in a large 5’x7’ frame, the photographer has produced a work of anthropological scope, reaching beyond representation by placing the subject at palpable distance, thereby objectifying it. What should we think of these seemingly impassive faces and their hypnotic gazes, What goes on within these families and outside the frame? The use of a rigid protocol similar in all sessions makes every family portraits intriguing, and encourages our reflection. 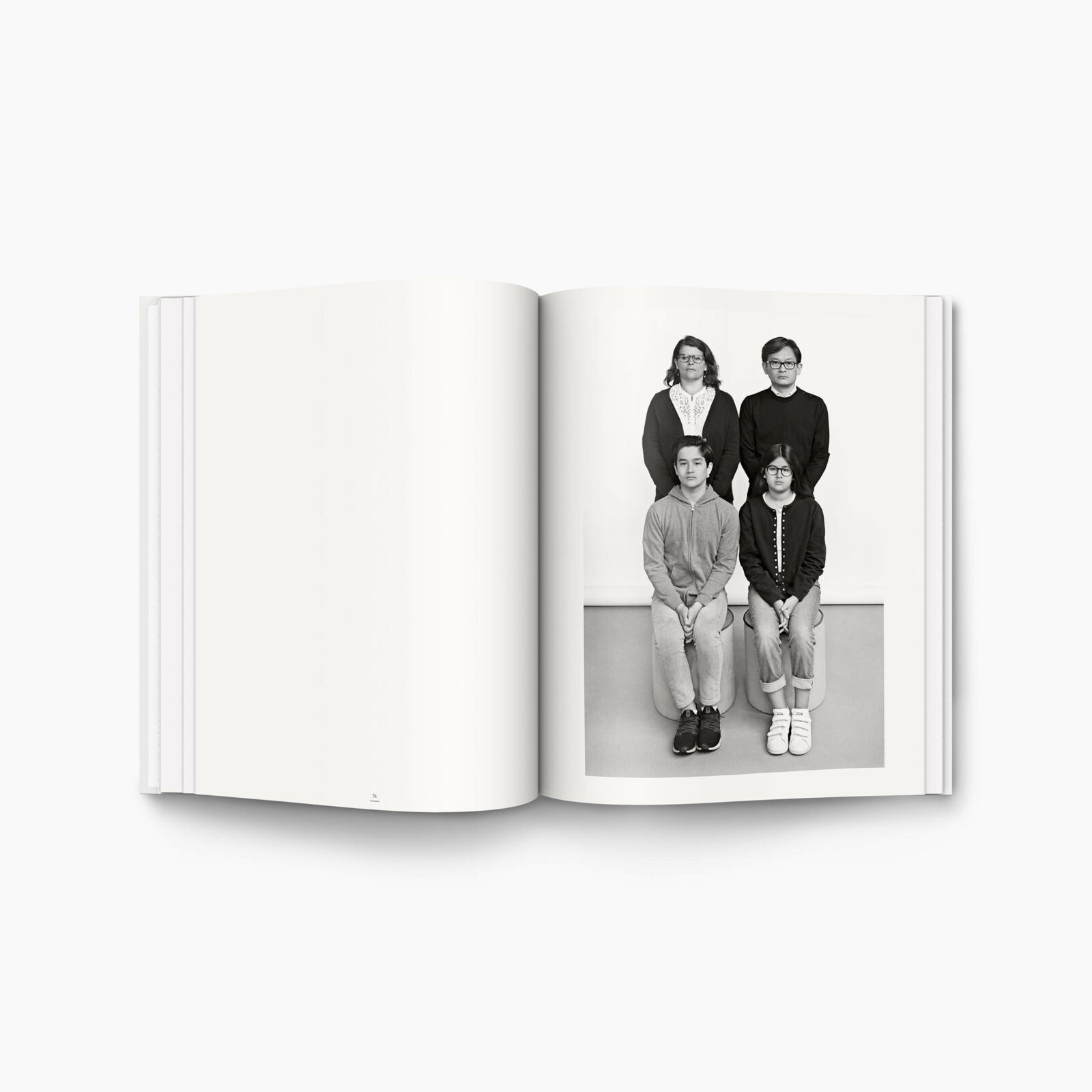 Inspired by the work of Bernd and Hilla Becher, whose esthetics of objectivity tended towards minimalism, Isabelle Boccon-Gibod, a self-made artist, with an interest for technique, has played with a frontality quite similar to that of the Bechers, resting on the idea that our bodies, when joined together, form a sort of architecture. The idea, also, that a face, deprived of its smile, offers a neutrality of expression worth considering: masks fall and reveal a nakedness (naked truth?) to be admired and deciphered beyond the appearances of social games. She was guided, yet not limited, by this principle: the image of a family seen as a façade-like structure, in which faces are the windows.

The Photographer
Isabelle Boccon-Gibod began making use of photography when she lived in England, and has largely devoted herself to it since her return to Paris in 2004. She has taught History of Photography at the Paris College of Arts. A graduate of the Ecole Centrale School of Engineering and a former student at Columbia University, after a brilliant career in the paper industry, she now serves as non-executive director on the boards of six industrial companies.
In addition, she has made a career as an author: she has published Fors intérieurs, rendez-vous avec des mathématiciens (Leo Scheer, 2011), which received a special mention from the d’Alembert Prize (2012) and Entre leurs mains, enquête sur l’exercice du pouvoir (Plein jour, 2014).
Structure is her second book of photographs, after Sous les ponts, Paris, published in 2014 by Editions Verlhac.
She has shown her photographs and videos in Paris, Brussels and Haifa.

The Author
Daniel Mendelsohn has won numerous awards including the National Book Critics Circle in 2006, the French 2007 prix Médicis for foreign literature and the Book of the Year prize (given by Lire magazine) for his bookThe Lost. His latest works are An Odyssey: a Father, a Son and an Epic (2017) and Three Rings (2020) For his introduction to Structure, he wove together links between Isabelle Boccon-Gibod’s work and his own family history. It comes as no surprise that a writer such as Daniel Mendelsohn would be so moved by these portraits. It can clearly be stated here that literature is a photograph without images, and photography, a fiction without words. 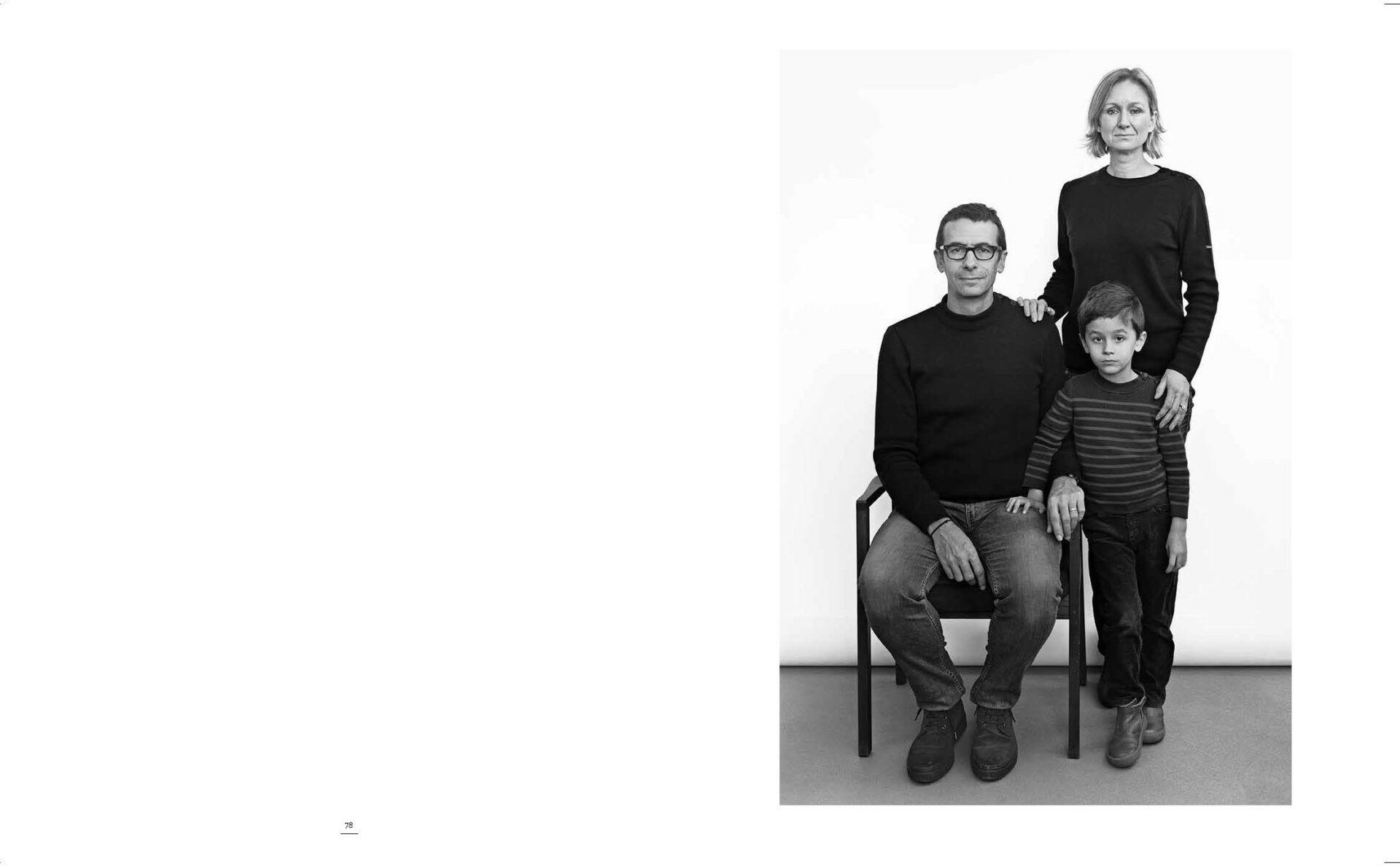 This book has received the support of ARUM Gestion Privée